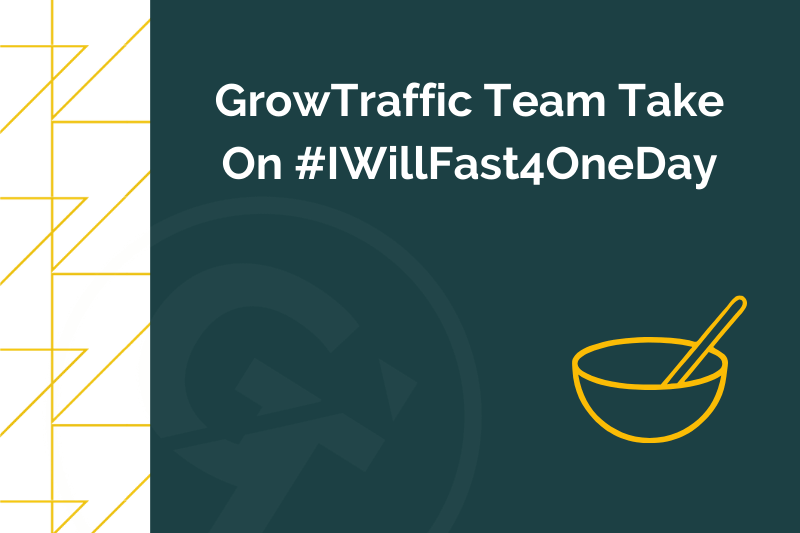 On Wednesday 13th May, our lovely Managing Director, Rachel, and our Content Marketing Executive, Chloe (that’s me!), fasted for 18 hours to raise money for #NHSCharitiesTogether.

The campaign was launched by The Saffron Group, a business networking group based in Lancashire. Many members were already fasting for the month of Ramadhan, and so, they invited their friends, colleagues, and other business folk to join them and experience a ‘Fast for one day’.

Labelled #IWillFast4OneDay, the campaign saw over a hundred people sign up to take part.

“IWillFast4OneDay” In Ramadan For The NHS

Ramadhan is a special time for Muslims around the world. It takes place on the ninth month of the Islamic calendar; a lunar month.

During this time, Muslims come together to fast, pray, and reflect. Fasting is one of the five pillars on which Islam is built and Muslims are expected to fast for 18 hours every day.

Muslims will eat just before dawn (this is known as suhoor) and will not eat, drink or smoke again until they break the fast after sunset (this known as the iftar).

Aside from learning self-discipline, patience and appreciation, Muslims spend this time devoting themselves to their faith. Plus, Muslims donate generously to many charities during the month of Ramadhan.

As well as inviting people to experience a day of fasting in Ramadhan, The Saffron Group also wanted to raise money for the NHS.

As the UK continues to battle with the Coronavirus Pandemic, thousands of people across the country are raising funds for NHS Charities Together.

The One Day Fast

Rachel and I decided to take part in #IWillFast4OneDay on behalf of GrowTraffic. As well as raising funds for the NHS and experiencing a day of fasting, we wanted to challenge ourselves.

So, on Wednesday 13th May, we joined millions of Muslims across the globe and fasted for the whole day. At 8:45pm, we joined a Zoom meeting with the Saffron Group and many others to break fast together.

Here are my thoughts on the experience:

“Fasting for the whole day was definitely harder than I’d anticipated. Not eating didn’t bother me too much, after about 4pm I kind of got past feeling hungry. However, I really struggled with no water. I went dizzy a couple of times too, and when it came to breaking fast, I felt sick rather than hungry.

There were several scheduled Zoom meetings throughout the day that we could join if we wanted to. This gave us the opportunity to ask questions and learn more about Ramadhan. Breaking fast with the whole group was a fantastic experience, even if it was online! It gave us a glimpse into the Muslim faith and taught me a lot about the religion.

I think it is incredible that Muslims fast for the whole month – one day was hard enough for me! That being said, I am really glad I was given the opportunity to take part in #IWillFast4OneDay. Aside from raising money and learning about the Muslim faith, it gave me a chance to challenge myself.”

The #IWillFast4OneDay was a spectacular success with over 150 people joining Muslims to experience a fast for one day during the month of Ramadhan. Blackburn Rovers football club was among those who joined the one day fast.

The campaign was shared far and wide and managed to raise more than £7,000 for the NHS Charities Together.

During the final Zoom meeting, it was suggested by The Saffron Group that the #IWillFast4OneDay campaign was so successful – it may become an annual event! The team at GrowTraffic will certainly be up for doing it all again next year.