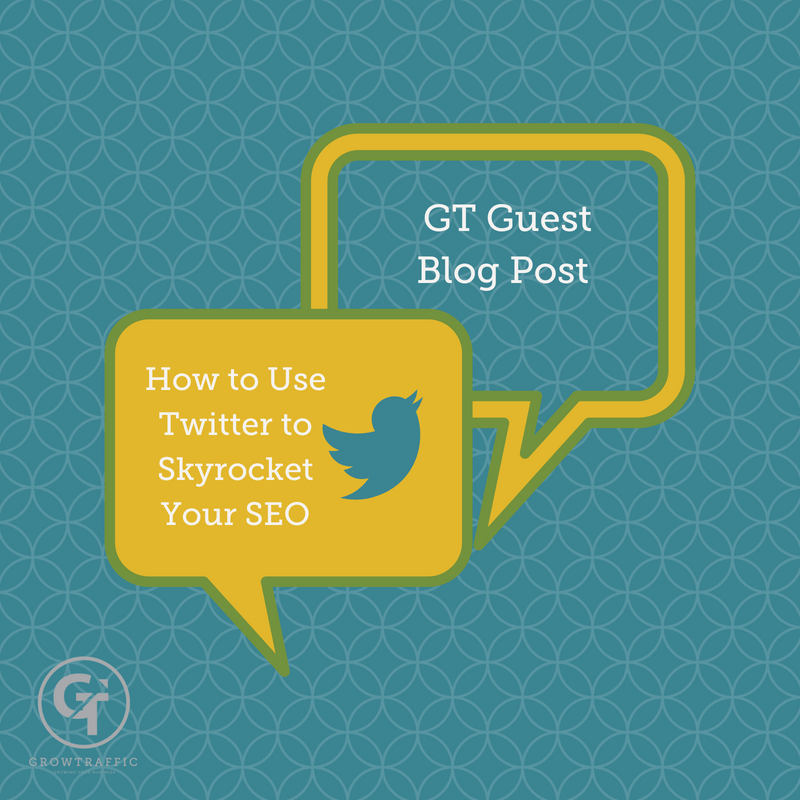 We have another great guest post this week! This time, Aljaz Fajmut from Nightwatch has some great tips for using Twitter to boost your SEO rankings.

SEO is obviously far from dead… but isn’t Twitter supposed to be?

John Chow said Twitter was dead at the end of 2017, while Forbes asked the question “How the heck is Twitter still alive?” in the same year.

Then there’s the small issue of its market cap, which has been very shaky, to say the least.

But you know what? Twitter is still alive, it’s still kicking — and it can help to skyrocket your SEO if you know the tricks.

How? Let’s take a closer look.

The key question digital marketers have been mulling over for a while now centers around social media and SEO. Just how does social media impact SEO?

We don’t work at Google, so we can’t say what goes in its algorithm, but what we do know is that Google once admitted that links shared on Twitter and Facebook are effective as a ranking signal. Then they released a video that confirmed it.

However, a couple of years later in 2016, Google went and told us that social media isn’t a ranking factor. What?

But hold on, there’s more. Social might not be a ranking factor per say, but it can still affect rankings. It’s all down to something called correlation. Here’s what Searchmetrics had to say about that:

“The correlation between social signals and ranking position is extremely high, and the number of social signals per landing page has remained constant when compared to with the values from last year’s whitepaper. … The top-ranked websites in Google’s rankings displays vastly more social signals than all other pages. … This is primarily due to the overlap between brand websites performing strongly in social networks and being allocated top positions by Google.”

But what about Twitter specifically? Twitter made entered into an agreement with Google in 2015 to make their 140-character tweets easier to search online. In the same year, Google was given 100% official access to Twitter’s tweets. This was known as “Firehose.”

Firehose has major benefits for those of us who want to climb the SERPs. So log into your Twitter account and read on as we take a look at how to use Twitter to skyrocket your SEO.

This is a neat hack that many marketers miss, but using keywords on Twitter is something you need to start doing if you want to improve visibility. That’s exactly what keywords do — they make you more visible.

Those keywords you use in your content? Start using them as hashtags, too.

For example, if “men’s black leather jacket” is a targeted keyword in your body copy, you can use it as a hashtag on Twitter.

Don’t use too many keywords for each tweet, though, as it will look spammy. 2-3 is the optimum to aim for. Adding them to your links goes a long way to clarifying what category or field the link/content belongs to, which makes it easier for the right people to find you.

How do you know which keywords are performing well? You’ll want to keep an eye on Twitter analytics to find out.

Ah, the bio. Why is it so hard to write a good Twitter bio? And what’s the deal with that “all views my own” line?!

Your bio is super duper important if you want to rank better on Google because the search engine giant uses your bio as your Twitter’s meta description on its SERPs.

The best thing to do is to create useful, clear content that lets us all know what you do — and implement the right amount of keywords

Now, this is often easier said than done. But we’ve got some tips:

All these tips can help to optimize your Twitter bio, sending you surging up the SERPs.

This is really important. By linking out to your website (and linking back to your Twitter account), you’re passing around some serious link juice that can see you climb the Google rankings.

Now, Google likes authoritative websites, so you should ideally link out to whatever is your most authoritative page. This is probably your website, but if your website is brand new, it might not have even been crawled yet. As such, it might be a good idea to link to your LinkedIn profile because LinkedIn is recognized by Google as being pretty damn authoritative, and it can thus engineer some link juice for you.

And the more link juice you pass around, the higher up the rankings you can climb.

Wherever you link, always link back to your Twitter account because this kind of mutual linking is really appreciated by Google.

Do you include videos or images in your tweets? If you don’t, now is the time to start.

The stats are very promising on this one. Tweets with images get almost 20% more clicks than those without ‘em. Meanwhile, over 80% of users watch videos on Twitter.

And the more clicks you get, the better you will rank.

The images you need should be relevant (but pattern interrupt images can work from time to time), and they should always be of a high quality and eye-catching.

Lastly, don’t be afraid of asking for retweets. Twitter doesn’t penalize you for this, and your rivals are already doing it. So why don’t you?

Moreover, your audience wants to retweet you. It’s just that sometimes they might forget unless you give them a clear CTA.

These are 5 tips on how to use Twitter to skyrocket your SEO. Plan a keyword and hashtag schedule, pimp up your bio using our tips, link out to your website, add videos and images where necessary, and ask for those retweets. You need them.

Aljaz Fajmut is a digital marketer, internet entrepreneur, and the founder of RankTrackr and Nightwatch — search visibility tools of the next generation. 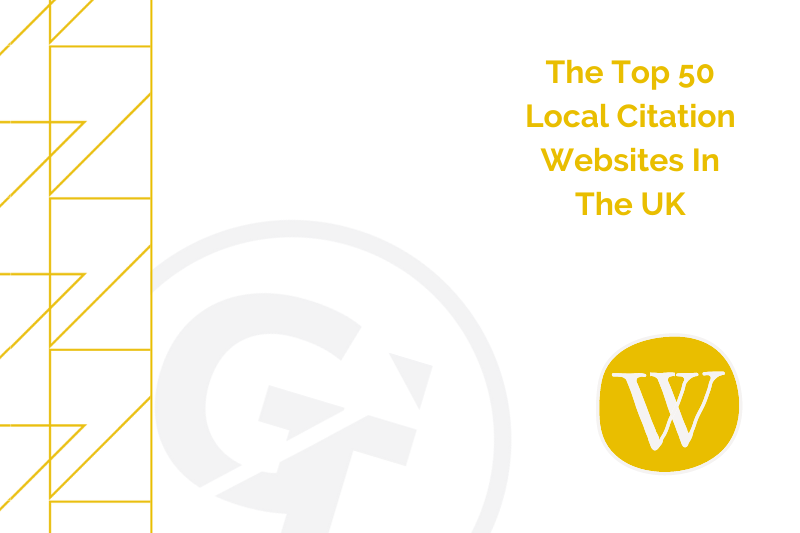 The Top 50 Local Citation Websites In The UK 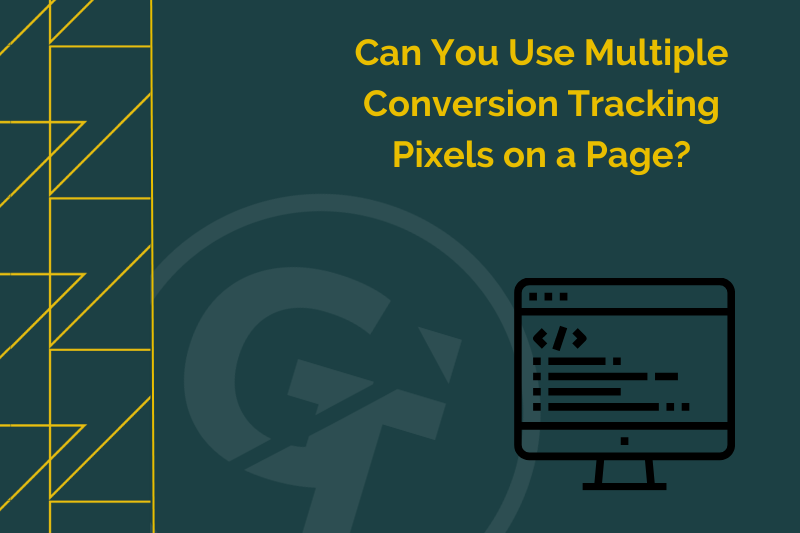 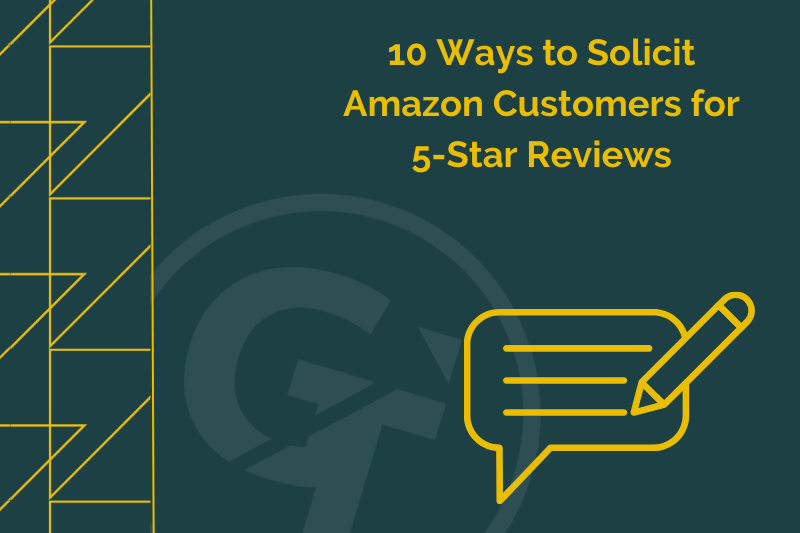