At the beginning of the web, directories were one of the main ways in which websites owners and proto-seos could promote themselves. it now appears that Google has begun to de-index directories, much in the same way they de-indexed blog networks earlier this year.

There has been a thread on the forum Webmaster World that suggested around 50% of all free directories are now being de-indexed, I was a bit sceptical about this to start off with however Barry Schwartz from Search Engine Land and Terry Van Horne have done some tests and have both concluded that there are in fact now less free directories listed in the Google index, with Terry Horne concluding that around 16% of free web directories have been de-indexed.

Chris Crum on Web News Pro argues that there will be a growth paid directories whilst the free directories continue to decline. If this is the case it could certainly see a bit of a shake up in the rankings whilst link flows readjust.

Coming so soon after the Penguin update it would be hard not to lump it all into the same basket which would suggest this is just another element of Google targeting old, or spammy SEO tactics. I’ve always believed in link deprecation and I would have thought that the majority of bigger sites out there that have some directory posts will not be affected by the directory deindexing because they probably didn’t have any benefit from those links in the first place.

If there are sites out there that have got a load of Fiverr type links for Directory Listings and they have been working, well, they probably won’t be anymore and it’s time to change strategy.

If you want to learn more about directories, give us a call. We would love to talk to you. Email, info@growtraffic.co.uk phone tel:016170620012 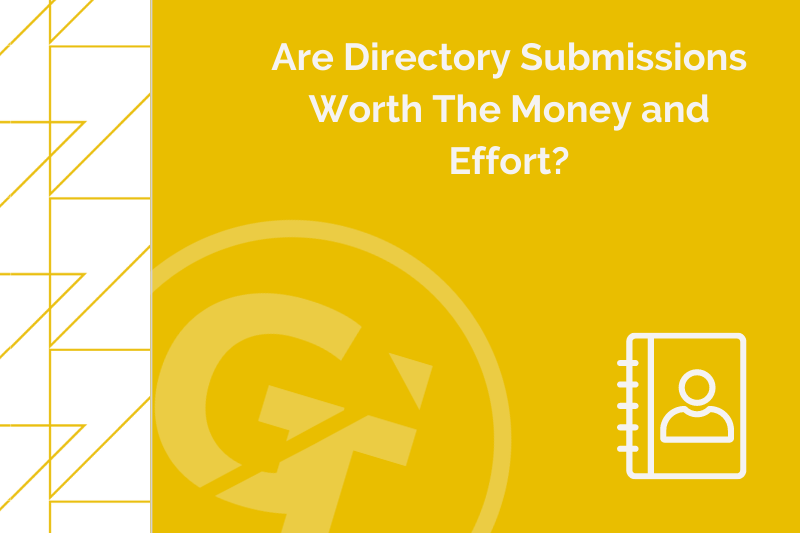 Are Directory Submissions Worth The Money and Effort?