Why We’re Onboard With Lancashire Day 2020 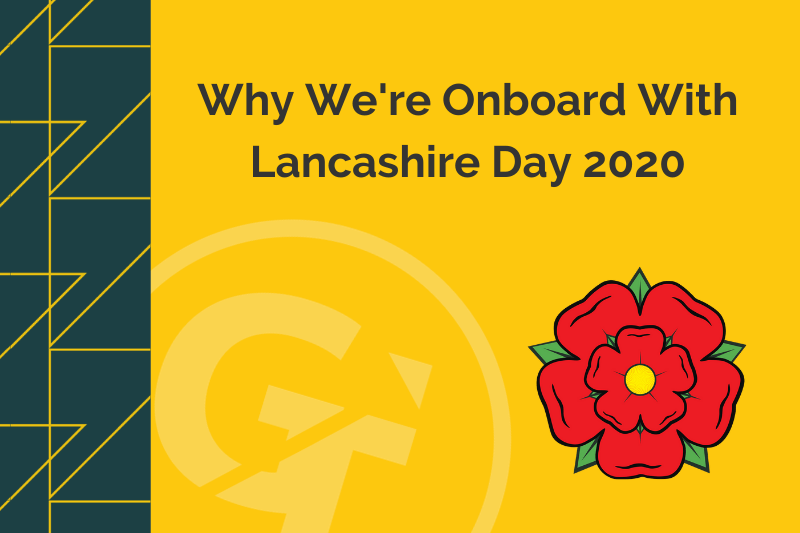 2020 has been a tough year for everyone and many of us have found ourselves stuck inside seeing barely anyone for days and weeks at a time. It’s important that we all take a step back to celebrate things in life outside of our everyday commitments and one of the things we always like to see businesses getting involved with is celebrating the places they are based. As always this year we will be banging the drum for Lancashire on the 27th November, which is Lancashire Day.GrowTraffic is located in both Lancashire and South Yorkshire, so we do sometimes have War of the Roses-esque battles. When I set up GrowTraffic we were based in Chorley, by 2012 GrowTraffic was operating out of an office in the Watermark in Preston. And since 2014 we have had a firm base in East Lancashire – with our satellite presence near Rotherham/Sheffield since 2017.

GrowTraffic is a digital marketing agency and we’ve been ranking for terms like freelance SEO consultant, SEO agency and content marketing agency on a national basis for a great number of years, so you’re probably asking why we think it’s so important to think of ourselves as local when all our clients are national. And that’s because even the most digital business doesn’t exist in a vacuum.

There was a time when all our client base was national. I was working fulltime in a marketing management role and I was struggling to manage those national clients. When Rachel started working for the business in 2014 we thought it would get easier, but Rachel was still a working mother, working from home, with all the pressures that entails and we still had a number of the same issues I had done whilst running the business in my spare time. Therefore, we made a concerted effort to develop our local client base. So, first Rossendale and later Lancashire more broadly became very important to our business, as later South Yorkshire would do.

It’s more than that though. This is where we’re from. It’s part of what makes GrowTraffic the company it is. We’re just a bit of northern. Whilst we’ve brought in employees from South Yorkshire, I’m confident a good glug of what makes GT what it is has a Lancastrian flavour.

I’ve loved watching various organisations using Lancashire Day, which also lands on Black Friday this year, using the day as an excuse to celebrate some of the things that tie us together.

I’ve got a bit of a vested interest to declare here; I am a committee member of Friends of Real Lancashire, which is the organisation that established and curates Lancashire Day. So I probably am going to say this!

This year Friends of Real Lancashire is sending a plane around Lancashire with a big banner on the back declaring “This Is Lancashire” We’ve got a photo competition running for the best photo of the plane. It’s a bit of fun but we hope it will go some way to help people take a moment to appreciate where they’re from and the things that link us together.

But it’s not just Friends of Real Lancashire that will be doing something to mark Lancashire Day. I’d expect a great number of Lancashire businesses – from the Furness Fells in the North, to the River Mersey in the South and from the Irish Sea in the West to the Pennine moors in the East – to share the Lancashire flag, to declare we are all part of our ancient collective. We certainly will be doing. We don’t quite have a flag pole at GT HQ – yet – but if we did I’m sure we’d literally raise the flag.

There’s also a number of organisations who will be doing their own thing on Lancashire Day. I’ve seen so many competitions and whilst I don’t think I can enter them all, I’m certainly going to show them my support by entering a few of them.

Ultimately it’s a bit of fun. It’s also a time to show off what we do as businesses and as a people in the Lancastrian region. I think that has the opportunity to be a powerful force both in making people outside the area consider Lancashire as an investment potential but also to bring the people of our historic county of Lancashire together.

Why We Support The Bacup 2040 Vision and Masterplan

Why We’re Onboard With Lancashire Day 2020